Metal Fox is the fourteenth level in Crash Bash and the fifth stage in the third warp room. This is the second Tank Wars arena. Here, metal walls will rise and fall between the blocks in a set pattern. Also, bomb power ups will occasionally spawn which, when taken, will allow the players to fire bombs which can fly over the walls and cause massive damage. 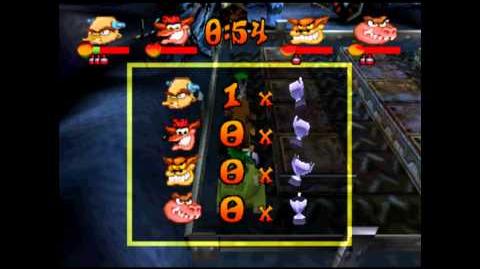 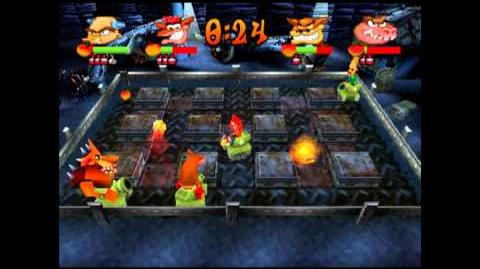 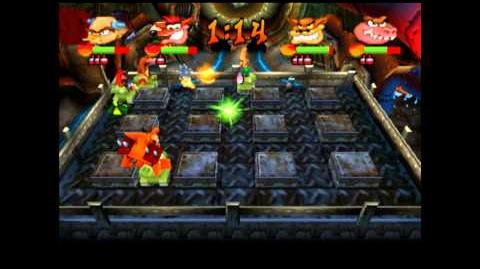