El Pogo Loco
Melt Panic is the eleventh level, the third Polar Push arena and the second stage of the third warp room in Crash Bash. Uka Uka will be melting the edges of the ice, making the arena much smaller. Should players run underneath Uka Uka's beam, they shall be affected by one of the following: 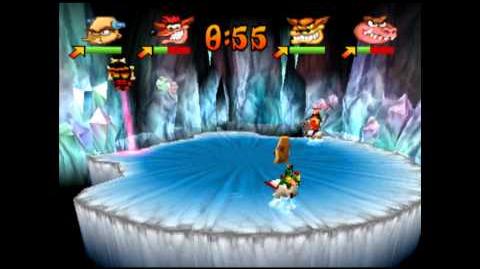 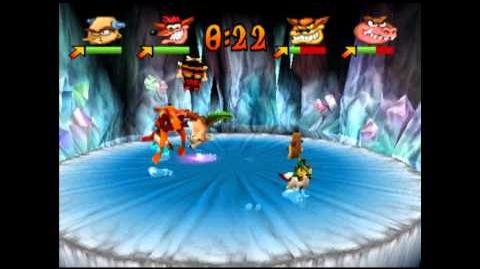 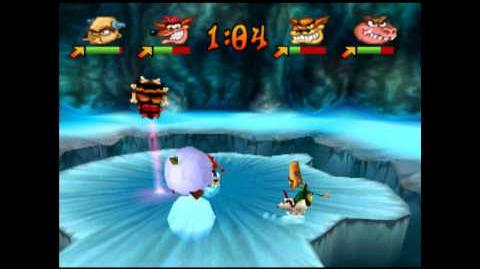