Medieval Madness (イライラとりでの こうりゃく lit. Irritating Fortress Capture in Japanese) is the twenty-third level in the game and the third level of the fifth warp room in Crash Bandicoot: The Wrath of Cortex. The level's theme is a castle and lab. Crash travels around the level via use of the atlasphere. The player needs to backtrack for some of the crates in this level. 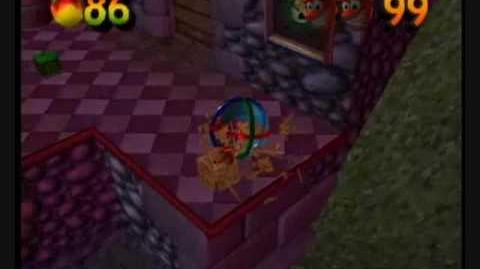 Crash Bandicoot The Wrath Of Cortex - 106% & All Platinums, Part 24 Medieval Madness
Add a photo to this gallery

Expansion required
This article is too short to provide more than rudimentary information about the subject. You can help the Crash Bandicoot Wiki by expanding it.
Retrieved from "https://crashbandicoot.fandom.com/wiki/Medieval_Madness?oldid=193686"
Community content is available under CC-BY-SA unless otherwise noted.