Mallet Mash is the twenty-fifth level in Crash Bash, the third stage in the fifth warp room, and the third Medieval Mayhem arena. It can be unlocked by obtaining 21 gold relics. The goal to is to smash the most mushrooms. Regular mushrooms are worth 2, 3, or 5 points and gold mushrooms are worth 10, 15, or 20. 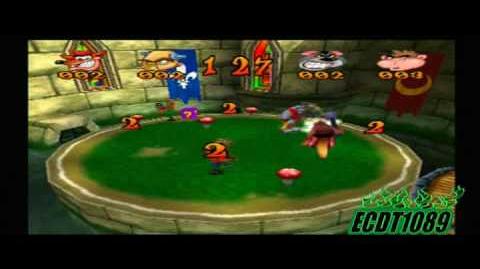 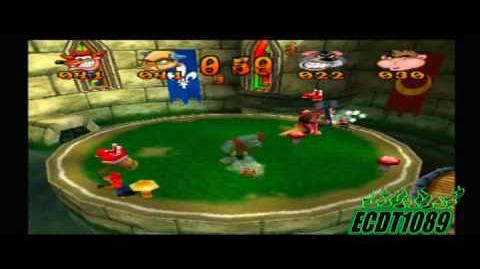 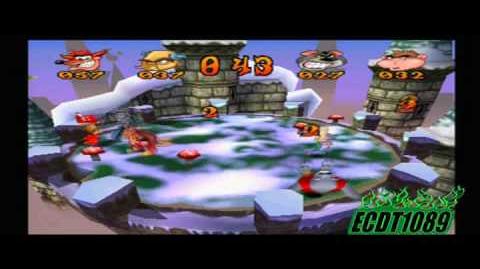