Invert your vehicle controls in the options menu.

Mad Bombers is the twenty-fourth level overall and the fourth level of the fifth warp room in Crash Bandicoot: Warped and its remake in the N. Sane Trilogy.

The level is based over snow-covered hills and mountains, under a dark grey sky during World War I. Crash takes to the skies in his biplane, the Orange Baron. His objective is to obtain the crystal by shooting down Cortex's five, red double-winged airplanes, whilst shooting down his minions in smaller red planes, as well as white balloons with red-crosses, which restores health and holds crates, and yellow balloons also holding crates.

In a later update applied to the N. Sane Trilogy, this level is no longer exclusive to Crash. Coco can also participate in this level using her biplane instead. 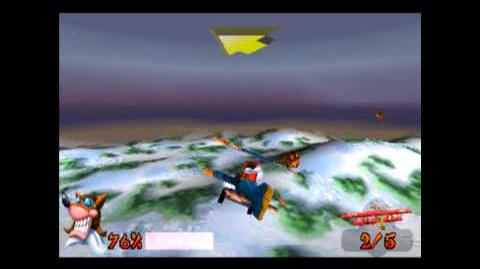 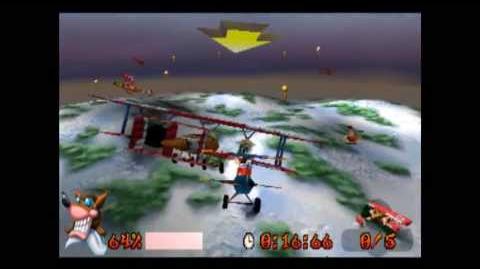 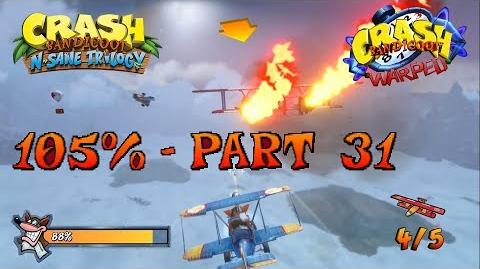