"Steel Crate" redirects here. Not to be confused with the Iron Crate.

"Spinning or jumping can't open these boxes. What else can Crash do ...? Try his devastating bodyslam!"

"These are stronger than your average crate. Try some of Crash’s or Coco’s other moves to crack these bad boys open."

"Stronger than your average crate. Try Body Slamming these crates to crack these bad boys pen.[sic]"

"Can only be broken by a slam move; when broken, gives the player between 5 and 10 Wumpa." 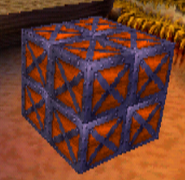 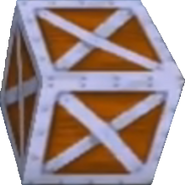 A Locked Crate in Crash Bash. 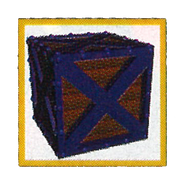 Locked Crates in It's About Time.