Jaws of Darkness, Fumbling in the Dark

Lights Out is the twenty-fifth level (including boss fights) in Crash Bandicoot and the N. Sane Trilogy remake of the first game, and the eighth level that the player must complete on the third island. It involves Crash sneaking around the dark corridors of Cortex Castle while being aided by an illuminated Aku Aku mask. It is also the first type of level to introduce the iconic gameplay mechanic that involves Crash traveling through dark levels with a tiny source of light. The player can use a gem path after acquiring the yellow gem to get extra crates to obtain the purple gem.

Lights Out takes place in the dark corridors of Cortex Castle, possibly the attic portion of the castle as there is no stable floor or light source available. The corridors of the castle are decorated with many different memorabilia including shields, chairs, and embroideries with "N" on them, which line up against the walls of the castle. Along the way, Crash will be using the beams and moving platforms of the attic to maneuver around. The level is filled with traps of all sorts including swinging blades and falling platforms. The path is also littered with rats. 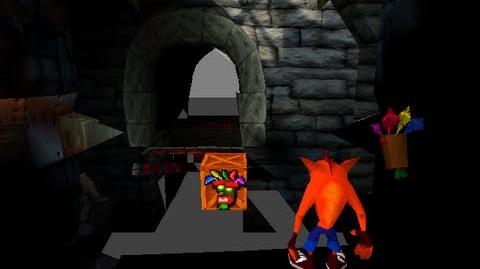 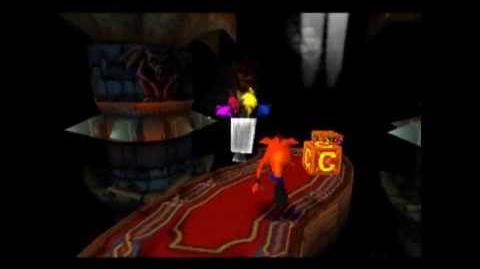 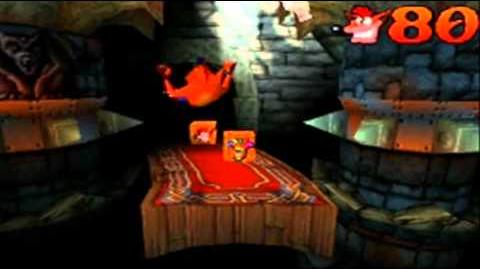 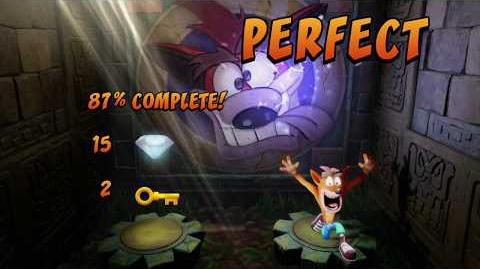 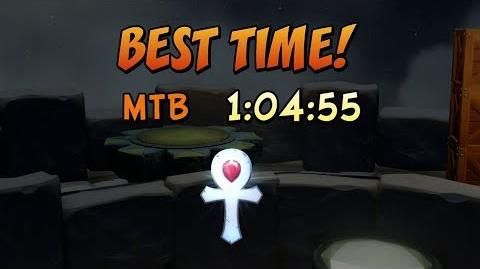 Translation of Aku Aku hints in the Japanese version