Keys are items that have appeared in Crash Bandicoot, Crash Team Racing, Crash Nitro Kart, Crash: Mind Over Mutant, the N. Sane Trilogy remake of the first game, and the Nitro-Fueled remake of Crash Team Racing. Their purpose and method of acquirement varies between games, though generally they are used to unlock new levels.

Crash obtains keys in the Cortex bonus rounds. Once Crash reaches the end, Cortex drops a key and Crash can use it to get into a locked level. There's two of these bonus rounds and each are found in Sunset Vista and Jaws of Darkness. These keys unlock Whole Hog, which is on the second island, and Fumbling in the Dark, which is on the third. This is the only time up to Crash: Mind Over Mutant that keys have appeared in the main series. This game has only two keys.

Keys now play a role in the story of Crash Team Racing's adventure mode, where they open locked doors between hub worlds. They are won from Ripper Roo, Papu Papu, Komodo Joe, and Pinstripe Potoroo by beating each of them in a race. Once all four keys are collected, the player is permitted to race the final boss, Nitros Oxide.

The keys in Crash Nitro Kart have the same purpose as Crash Team Racing had. The player must race against each of Velo's current champions, Krunk, Nash, Norm, and Geary, for each of their keys to become the galactic champion. Keys also open gates which lead to different worlds. Like Crash Team Racing, this game has four keys.

Keys also appear in Crash: Mind Over Mutant, where they are used for things such as opening doors to new areas in the Ratcicle Kingdom and the Wasteland. 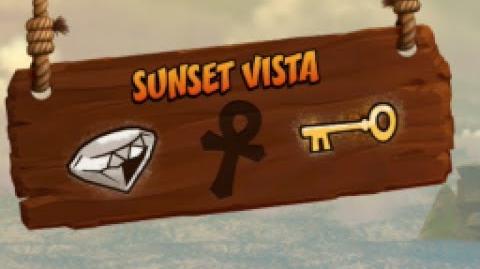 A key from Crash Bandicoot

A key from Crash Bandicoot 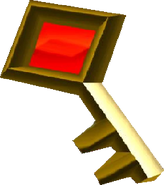 A boss key from Nitro Kart

A key from Crash: Mind Over Mutant

A key from the Crash Bandicoot: N. Sane Trilogy 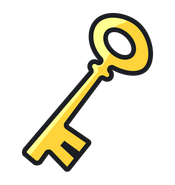 An icon of a Key from the Crash Bandicoot N. Sane Trilogy 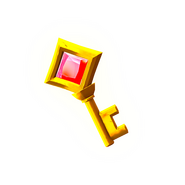 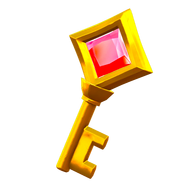 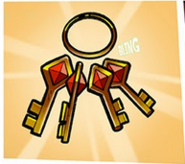