Dante's Dash
Keg Kaboom is the twenty-seventh level in Crash Bash, is the fifth stage of the fifth warp room and the fourth and final Medieval Mayhem arena. It can be unlocked by obtaining 25 gems. Here, players must immediately go into two fire creatures and hold the square button. Then, they have to touch the powder kegs that appear and get points. The brown kegs are the most common barrels and are worth 2, then 4, then 6, then 8 and then every 10. Silver kegs are worth 10 and gold kegs are worth 20. The crystal challenge is set in a medieval dark castle with a black floor. 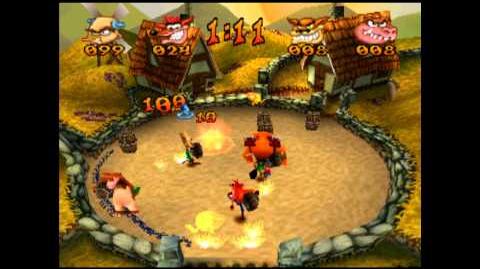 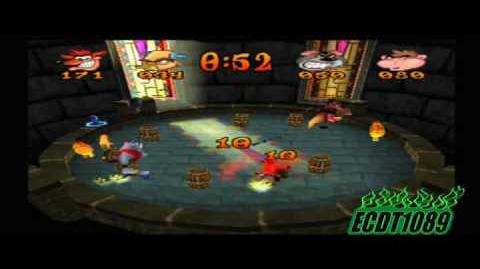