Bandipedia
Register
Don't have an account?
Sign In
Advertisement
in: Crash Bandicoot: The Huge Adventure, Levels, Sewer Levels,
and 2 more

Just in Slime is the fifth level and last level of the first warp room in Crash Bandicoot: The Huge Adventure. Here, Crash encounters the sewers filled with Cortex's robots. Its design is based on the sewer-themed levels from Crash Bandicoot 2: Cortex Strikes Back. 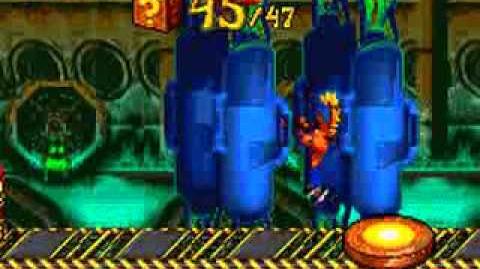 The beginning of the level.

In the bonus level.