Just Hangin' is the eighth level and the third stage of the second warp room in Crash Bandicoot: The Huge Adventure for the Game Boy Advance. It takes place in a sewer.

The green gem is needed to get both clear gems. This is because the green gem path contains a second clear gem in it, as well as 47 of the level's crates, and therefore, it's also necessary to obtain the level's box gem. 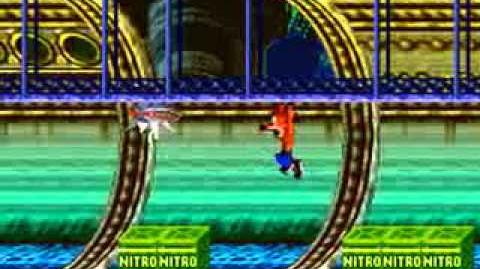