Bandipedia
Register
Don't have an account?
Sign In
Advertisement
in: Crash Bandicoot: The Wrath of Cortex, Levels, Levels with Bonus Rounds,
and 3 more
English

Rumble in the Roks

Jungle Rumble is the sixth level and is the first level of the second warp room in Crash Bandicoot: The Wrath of Cortex. It takes place in a jungle surrounded by rivers, pyramids, and temples. After about halfway, Crash jumps in a jeep to get away from a fleet of rhinos.

The level starts out in a fully clear area leading to a river with a bridge, where Crash will find short locals chucking spears at him. After a short period of time, the path turns, leading to a shallow river which becomes a waterfall. This is also where the bonus round is located. Afterward, there is a Jeep on a large road. If Crash gets close to it, he will automatically hop in; a stampede of rhinos appears shortly thereafter and pursues Crash for a while. After a period of time, the rhinos go down a river and the Jeep collides with a log, where the level ends on rock platforms and rope bridges. 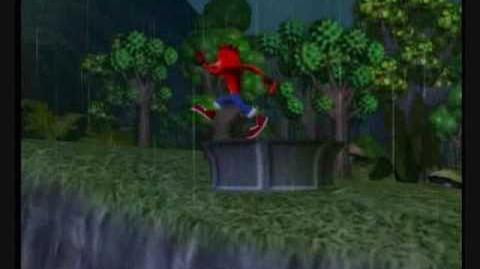 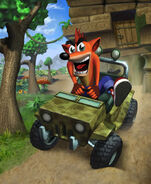 Artwork of the level. 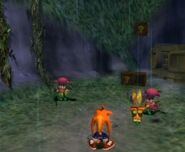 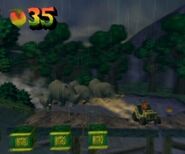 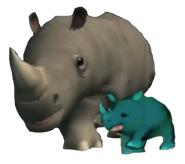