Spinning TNT is deadly. Jump on it instead.

Jungle Rollers is the second level of the first island in Crash Bandicoot, and its remake in the N. Sane Trilogy. It is the first level in the game, and by extension, the entire series to feature a bonus round and TNT crates. It is also the first level in the whole franchise to require a colored gem. It was the level chosen to represent Crash Bandicoot in the first ever PlayStation 'Demo Disc' known as 'Demo 1' as well as the "Interactive CD Sampler Pack Vol. 3".

The level is set in a remote jungle on N. Sanity Island. Scattered around the level is a wide array of foliage that covers the perimeter of the path Crash must travel. There are also many ancient stone pillars and structures surrounding the path also that Crash traverses. The main titular feature of this level though is the giant rolling stones. These giant rolling stones roll along a set path, in which Crash must try to avoid these giant stones as they will guarantee death if he comes into contact with one of them unless he has an Aku Aku. Crash will also be introduced to the TNT crates in this level, which will explode after a three-second countdown after Crash jumps on top of it. Crash will come across many different wildlife in the jungle including skunks and man-eating plants.

There are 38 crates in this level. To break them all, the green gem from The Lost City (or Hog Wild in the Japanese version) is required unless the player attempts to climb up the path using the scenery and arrow crates. The main path is simple and breaking each box without dying is easy to accomplish. Around halfway through the level, if the player has the green gem, a green platform will appear. If the player stands on it, it will elevate next to a few iron arrow crates. The player must then bounce on them to reach some stationary green platforms reminiscent of the previous, which the player can jump from to break three boxes which are unreachable when the green gem has not been retrieved. Once these and the other 35 boxes are broken and the player reaches the exit without dying, they will be rewarded with a clear gem. In the demo version of the level, the gem path is already there as Jungle-Rollers is the only level in the demo.

Head right and take out the crate. Over the gap for several crates containing a 1-Up and the portal. 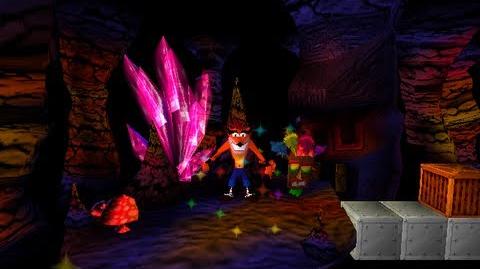 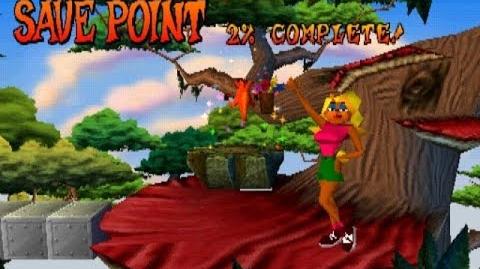 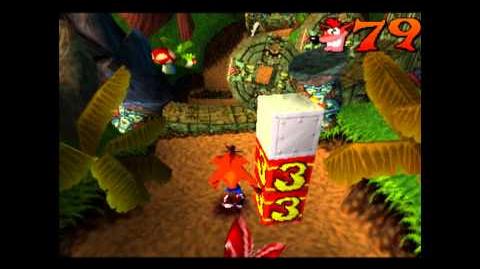 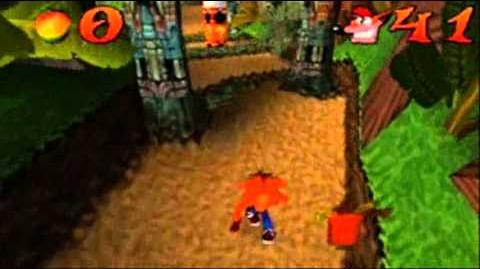 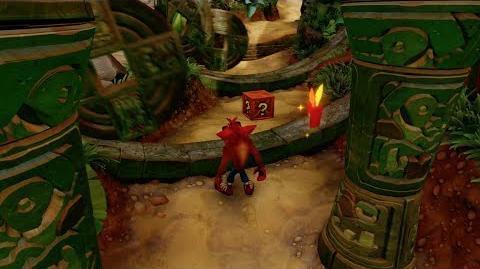 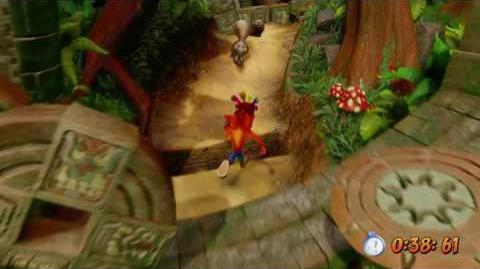 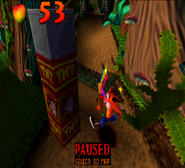 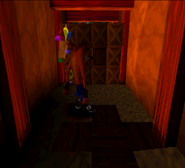 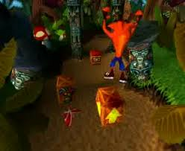 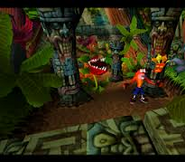