This track is part of the planet Terra, taking place in the ruins of the jungle. This track is used during the boss race against Krunk, Terra's champion.

Since it is used for his boss race, it is considered Krunk's home track. It is used in the Uka Cup and the Green Gem Cup (along with Deep Sea Driving and Out of Time).

Jungle Boogie is a basic track that features no real obstacles or sharp turns. It begins with the racers in front a pair of giant stone steps that are surrounded by a set of tribal statues on the side. After the racers drive down the giant stone steps, they will come across a small path surrounded by a pond on both sides. The pond will cause the player to lose acceleration if they choose to drive into it.

About halfway across the bridge, there will be a dip in a portion of it that will cause the racers to jump into the air. The later half of the bridge has a small curve that extends to the rest of the bridge. Right before the finish line, the racers will come back to the ruins from earlier, and a speed pad will be to the left of the path.

The players will race Krunk on this track once they collect all three trophies in the Terra world in Adventure Mode. The track will remain virtually the same, but there are more X crates lined around it during the regular course of play. During the race against Krunk, no other opponents will be present. Throughout the race, Krunk will plant a special plant on the track that will stick to the player's kart if they drive into it. However, he only places in certain areas so it is possible to avoid them altogether if one were to memorize the placement. 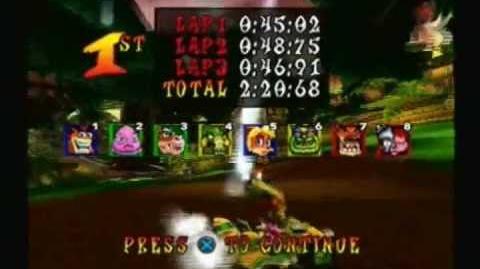 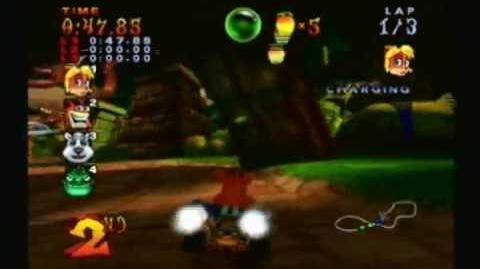 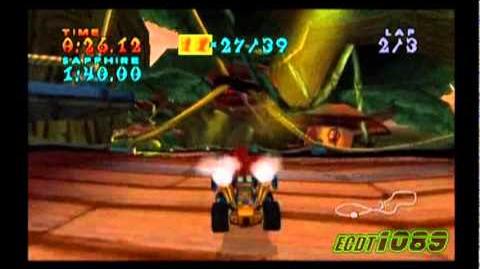 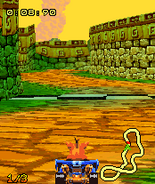 Jungle Boogie in the N-Gage version of Crash Nitro Kart 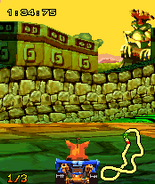 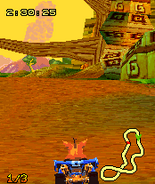 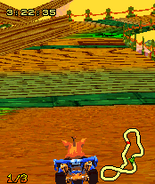 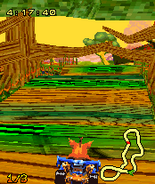 Fake Crash jumping over the bridge