Jungle Bash (なげちゃえ はこスロー lit. Throw! Box-throw in Japanese) is the first of the four Crate Crush arenas in Crash Bash and is the fourth level in the first warp room. It takes place in a jungle, hence the name "Jungle" Bash. The players' objective is to get rid of their opponents or have more health than them in a short period of time. Stone blocks, nitro crates, TNT crates, and wumpa fruit are scattered around the arena. Running into nitro crates, or being hit by a thrown or kicked crate will decrease a player's green health bar. However, collecting wumpa fruit will increase it. 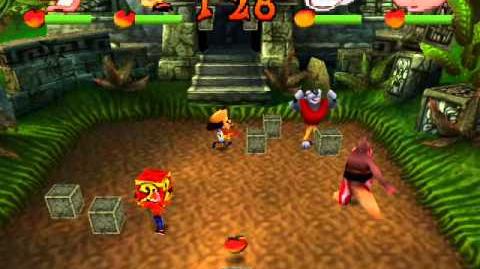 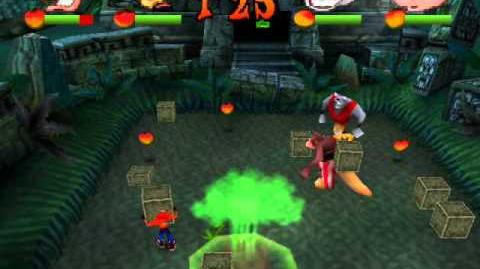