Jaws of Darkness is the twenty-sixth level (including boss fights) and is the ninth level of the third island in Crash Bandicoot and the N. Sane Trilogy remake of the first game. The level takes place under Cortex Castle and is a major death-trap for trespassers trying to enter. It is the second and last ancient temple type of level. It is also the second and last stage in the game with a Cortex bonus round and key, which unlocks the secret level Fumbling in the Dark. The blue gem from Toxic Waste is required to clear this stage with its hidden clear gem. One of the Cortex bonus round tokens is in a hidden area, where platforms appear when Crash lands on the spot. Similar to in Temple Ruins and The High Road, a wumpa above a hole is a hint that there is a hidden path. 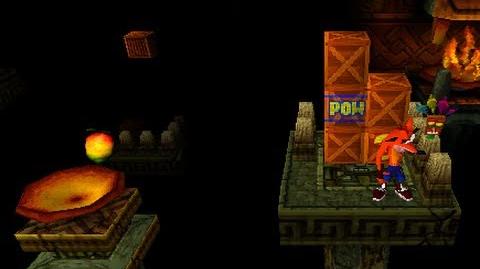 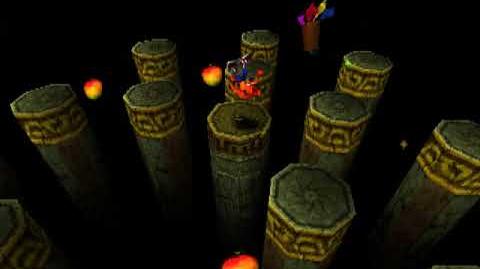 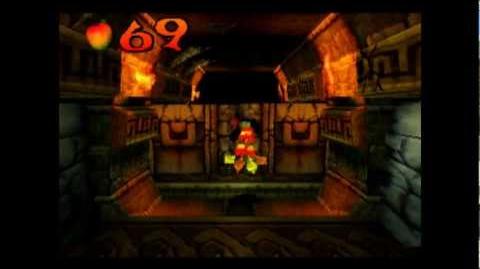 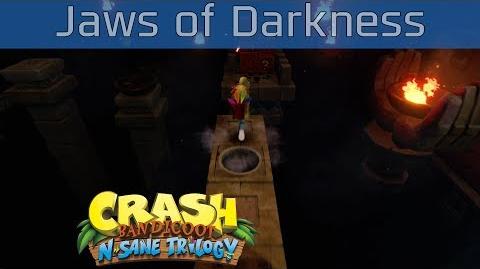 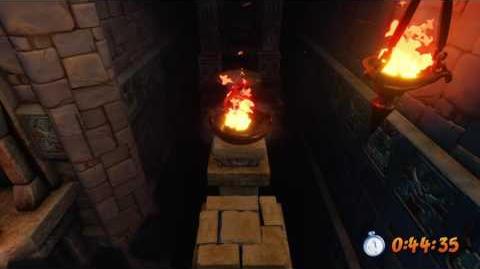