Island Intro is the first level in Crash Bandicoot 2: N-Tranced. It teaches Crash about his abilities (including the moves that are already available and the crates). When played for the first time, N. Tropy and N. Trance abduct Coco and Crunch about halfway through the level and at the end unsuccessfully attempt to abduct Crash, who was saved by Aku Aku, abducting Fake Crash instead. Panels marked with a question mark are scattered throughout the level, giving tips from Aku Aku when touched. These panels go away when Crash begins time trial. 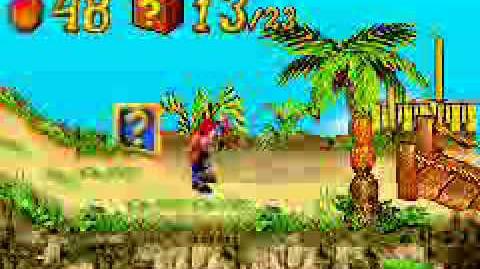