The Iron Checkpoint Crate serves to provide the player a second chance on a gem path, death route, or other secret area, without forcing the player to obtain all of the crates on both the alternate path and standard level. They are found in Crash Bandicoot: Warped, Crash Bandicoot 2: N-Tranced, and the Crash Bandicoot N. Sane Trilogy remake of the third game.

The crate itself functions no differently from a regular checkpoint crate. When the player comes into forceful contact with one, (via spinning, jumping, etc.) the word checkpoint will appear above the crate, providing an area to start back from when the player dies instead of having to return to the beginning of the level. The difference is though, like all iron crates, the crate cannot be busted by any means, and is not required to be when obtaining a clear gem.

The crate itself appears as an unlockable racer in Crash Team Racing Nitro-Fueled, and can be unlocked by breaking all of the hidden Beenox Crates on every track, except for Retro Stadium. It uses the Drift driving style by default.

It also makes an appearance in Crash Bandicoot: On the Run! as a mini-boss. It has Frosty, Inferno and Oxide variants much like the other bosses. 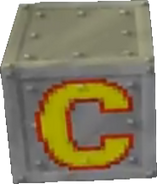 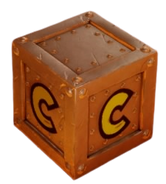 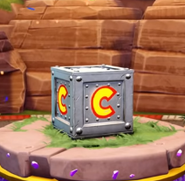 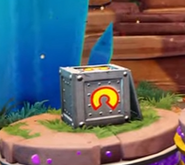 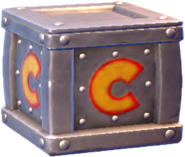 Iron Checkpoint Crate in On the Run!

Iron Crate's nitro mug from On the Run!.

Iron Crate's frosty mug from On the Run!.

Iron Crate's inferno mug from On the Run!.

Iron Crate's oxide mug from On the Run!. 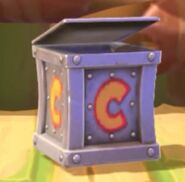 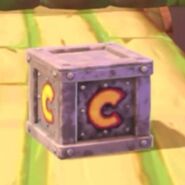