Jungle Boogie
Inferno Island is the first race course in Crash Nitro Kart. It is similar to the Crash Team Racing track Crash Cove, both in the fact that it is the first racetrack and that its setting is a beach. There is a cave about half way through the race and players exit it at the end of the track. It is used in the Wumpa Cup and the Red Gem Cup (along with Meteor Gorge and Assembly Lane).

The Beach course in the mobile version of Crash Nitro Kart is based off of this course. 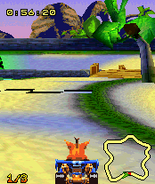 Inferno Island in the N-Gage version of Crash Nitro Kart 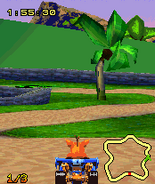 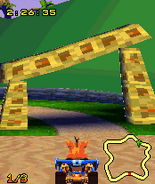 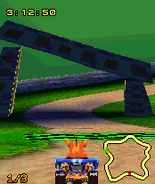 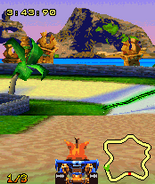 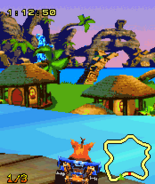 Concept art.
Add a photo to this gallery