Hold forward during a jump to dive deep.

Hot Coco is a secret level that was hidden within Warped, it is accessed by hitting an alien sign in Road Crash.

Taking place at sunset, it features Coco on her jetski. When she enters the level, she is spawned right besides the exit warp. However the path is blocked by floating nitro crates. To pass them, Coco needs to find the nitro switch crate to detonate the nitro and then exit the level. There is a gem and relic available for collecting in this stage. The gem is awarded for collecting all the crates. To collect the relic, you will need to memorise the quickest route to the switch and collect time crates along the way to help freeze the clock. 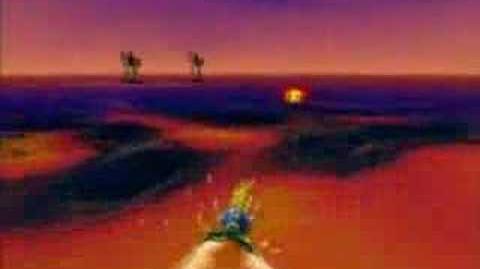 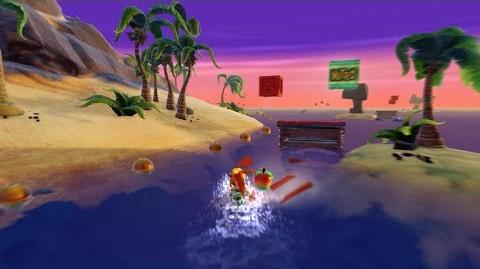