Win first place in order to earn the power crystal.

Hog Ride is the eighth level and is the third level of the second warp room in Crash Bandicoot: Warped and its remake in the N. Sane Trilogy.

This is the first of four motorcycle stages in the game, and it sees Biker Crash racing against Cortex's lab assistant minions on a 1950s-era highway somewhere in the glamorous Southwest America. The trophy for finishing in first place ahead of Crash's six hot-rodding foes is a pretty Crystal, though to succeed the player will have to stay on the road and successfully navigate around parked police cars, construction barricades, and a bottomless pit at the end. It is vital, especially in attempts for the relics offered in the level, to utilize the few turbo pads sprinkled along the route and to maintain the resultant turbo-charged wheelie as long as possible.

It should be noted that because this level is specially scripted for Crash only, it is one of the levels that Coco is not allowed to visit in the N. Sane Trilogy. 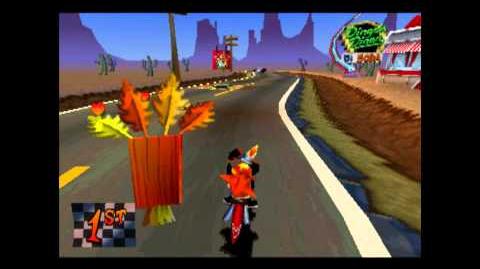 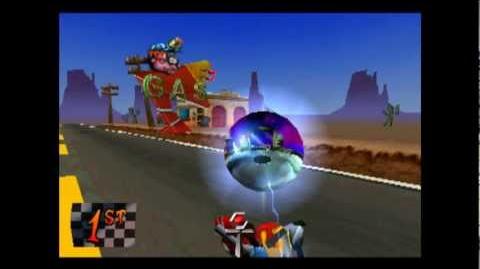 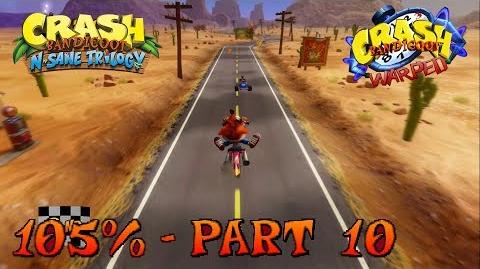