Try jumping right after a slide for greater distance.

Hangin' Out is the sixteenth level and is the first level in the fourth warp room in Crash Bandicoot 2: Cortex Strikes Back and the N. Sane Trilogy remake of the second game. It is the third and final sewer-themed level in the game. Unlike its predecessors, it predominantly focuses on forcing Crash to navigate wire meshes suspended above red-hot pipes and generally avoid sewer mechs. If the player turns around and heads backward after the second drop, he will find a hole in the ground, containing a short mesh path through lava-flooded ruins. Speedy versions of the hover-spike-o-trons patrol this area, but by pulling his feet up (using the

button), he can avoid them and pick up a few extra lives, and even find a secret warp to the secret sixth warp room, unlocking Totally Fly. 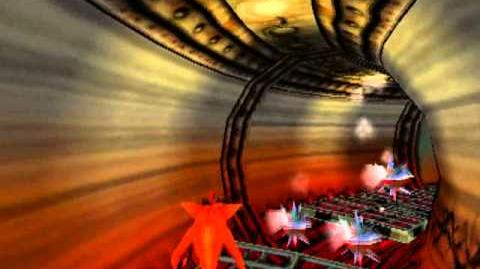 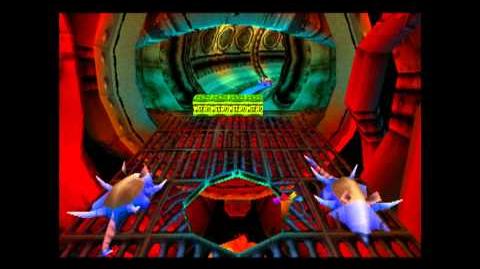 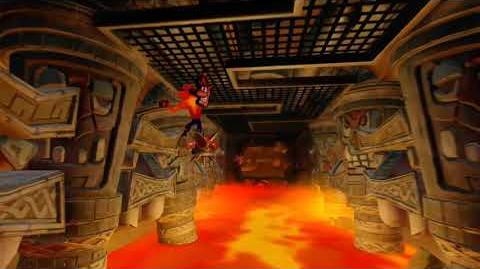 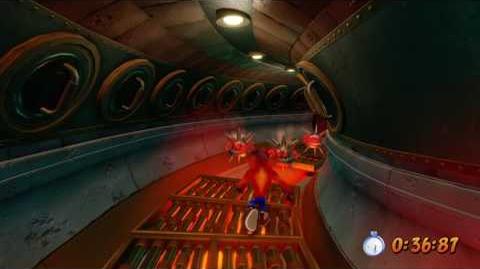 Crash in the secret area