Discover and finish the secret route for a special gem.

Hang'em High is the seventh level in the game and the second level of the second warp room in Crash Bandicoot: Warped, and its remake in the N. Sane Trilogy.

The stage takes place during the day on the rooftops of an old Saudi Arabian city reminiscent of the Arabian Nights. Its landscape is strewn with floating magic carpets, bouncy carpets, and overhead grating that Crash can climb around on. It would be a relative challenge for this early in the game even without Cortex's league of minions. Enemy units deployed to the Middle East include pot-carrying monkeys, ceiling-hanging scorpions, lab assistants on flying carpets or patrolling the rooftops and attacking aggressively with a scimitar.

After collecting a total of ten relics, Crash can access this level's alternate entrance, Level 27, via the secret sixth Warp Room. Consisting primarily of a series of tricky jumps involving magic carpets, awnings, and nitro crates, this route conceals the yellow gem. It will then drop Crash off near the end of the main level path. 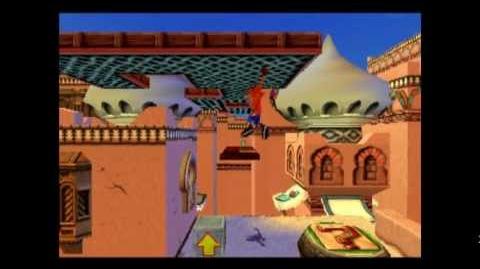 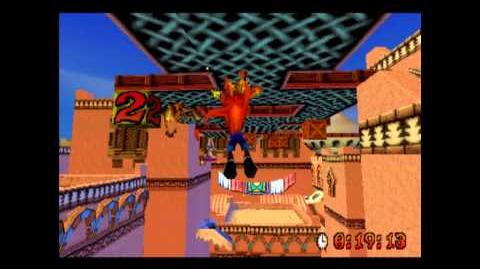 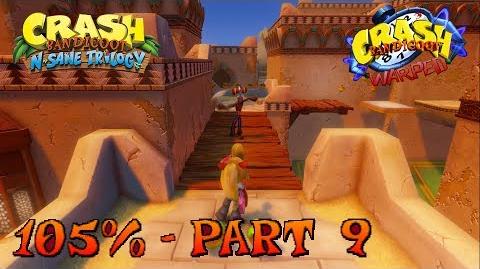 The Platinum Relic requirement of the level

The portal to Hang'em High in the N. Sane Trilogy