Bandipedia
Register
Don't have an account?
Sign In
Advertisement
in: Crash Bandicoot: The Wrath of Cortex, Levels, Levels with Lab Assistants,
and 3 more
English

The Gauntlet
H2 Oh No is the tenth level and is the last level of the second warp room in Crash Bandicoot: The Wrath of Cortex. The first part of the level takes place underwater, where Crash maneuvers a submarine (like in the second part of Sea Shell Shenanigans and the first part of Coral Canyon), shooting enemies and breaking crates. The second part of the level takes place in a damp cave, where Crash traverses on foot, encountering lab assistants and crossing pits of green electrical fluid on iron crates. 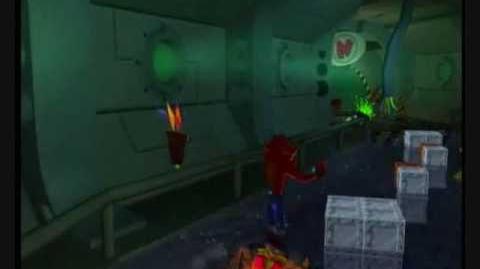