Bandipedia
Register
Don't have an account?
Sign In
Advertisement
in: Crash Bandicoot: The Wrath of Cortex, Levels, Hanging Levels,
and 4 more
English

Medieval Madness
Gold Rush is the twenty-second level and is the second level of the fifth warp room in Crash Bandicoot: The Wrath of Cortex. Crash travels through a Western-themed region that is filled with gold mines and Western towns. He also comes across many hazards, including scorpions, vultures, and loose sticks of dynamite used to mine for gold. At one point in the level, players will have a chance to ride on a mine cart. The last death route in the game is in this level. It contains the Yellow Gem, which when obtained, opens the alternate route in Compactor Reactor and offers the player to acquire the second Clear Gem in the level. 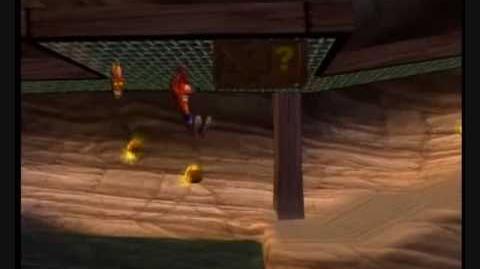 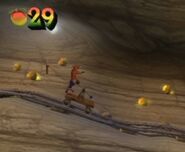 Crash Bandicoot gets stung by a Scorpion.