Ghost Town (にげろや にげろ lit. Escape and Escape in Japanese) is the twenty-seventh level and is the second level of the sixth warp room in Crash Bandicoot: The Wrath of Cortex. In this level, Crash races Crunch in a mine cart in a three lap race. Ten relics are required to play this level. One gem is obtainable by breaking all the crates and another is obtainable by beating Crunch. 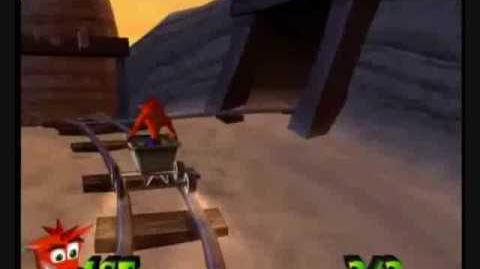 Crash Bandicoot The Wrath Of Cortex - 106% & All Platinums, Part 32 Ghost Town
Add a photo to this gallery

Retrieved from "https://crashbandicoot.fandom.com/wiki/Ghost_Town?oldid=193689"
Community content is available under CC-BY-SA unless otherwise noted.