Bonus rounds often have hints on what powers to use.

Taking place in a future metropolis with thousands of neon lights and skyscrapers, this level finds Crash in new territory in the big city.

The hidden level in the Time Twister allows Crash to enter this level via an alternative entrance which allows him to gain the box gem and a hidden gem for this level. This entrance requires 20 relics to open. Once finished in the alternative entrance, Crash must backtrack to the start of the main level to clear all the crates. 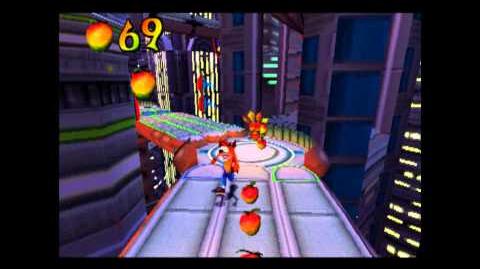 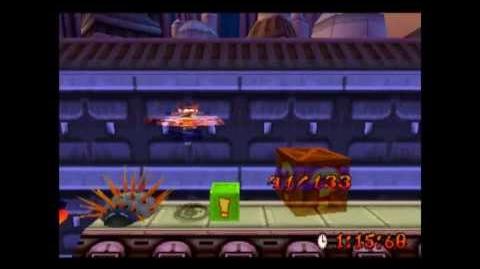 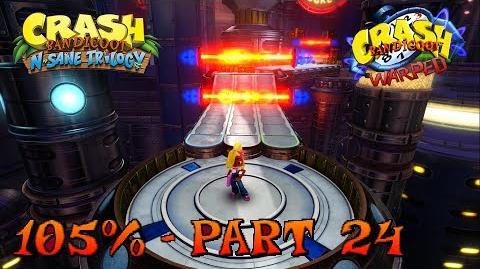