Keep Aku Aku by your side at all times.

Fumbling in the Dark is the second of the two secret levels in Crash Bandicoot and the N. Sane Trilogy remake of the first game. This level is the thirty-third and true final level in the game; it can also be considered the darkest level in the series. It can only be entered once Crash wins the key in Jaws of Darkness, and its entrance is located right after Lights Out. Fumbling in the Dark expands on the mechanics introduced in Lights Out and is the second and last level to use those mechanics in the game.

In this level, Crash sneaks his way through the darkened, eerie corridors of Cortex Castle. Because the darkness basically makes the passage he traverses pitch black and the enemies are deadly as only their red eyes can be seen, that and he can't tell when to jump over pits. The Aku Aku masks glow brightly, illuminating the level so Crash can navigate. Collecting the masks is the safest and only way to get through the level, meaning that if Crash does not find another mask quickly enough then his current mask will start to dim or if he's hit by an enemy, he'll be trapped in dark. 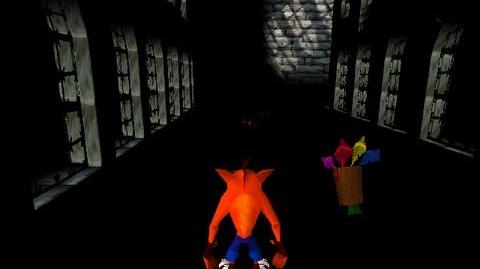 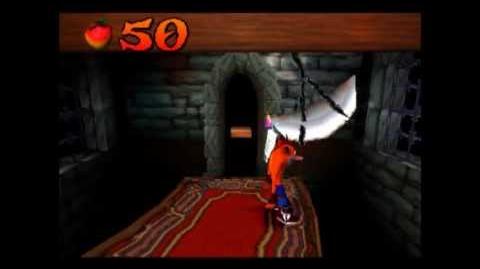 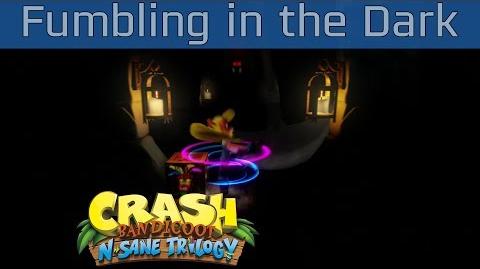