Force of Nature is the thirtieth level and is the last level of the sixth warp room in Crash Bandicoot: The Wrath of Cortex. Twenty-five relics are needed to unlock it. It is also the last level in the game and the second one in which Coco uses her snowboard in the icy ski-slide (Avalanche being the first). Despite its title, there aren't any forces of nature seen (earthquakes, tornadoes, hurricanes), nor is there any destruction seen. 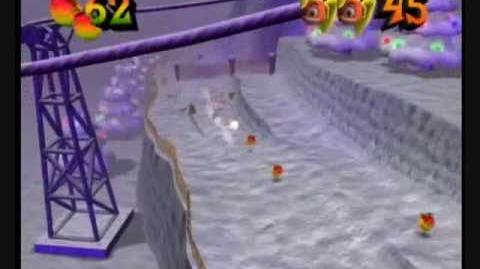