Fire Walker is the twenty fourth level and the last stage in the fifth warp room in Crash Bandicoot 2: N-Tranced. It is unlocked when Crash has collected all four blue gem shards, and has defeated N. Trance. It is also the final level of the game. The level is basically the same as other volcanic-themed levels, only it presents more of a challenge. It contains the blue gem recreated from the gem shards, as well as another copter pack segment.

As there is no crystal, time trial mode is available once Crash has completed the level with the blue gem. 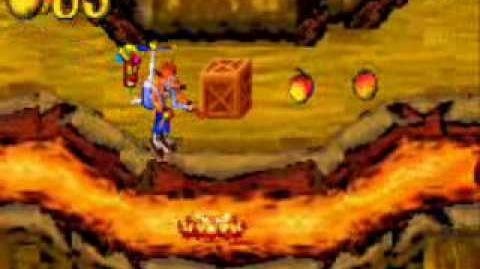