Snow Bash
El Pogo Loco is the twelfth level in Crash Bash, the third stage in the third warp room and the third Pogo Pandemonium arena. The biggest difference between this level and Pogo Painter is that Ripper Roo comes onto the field and lays out TNT tiles, shoots missiles, and turns squares into arrow squares, as he will move around in a circle. If the players enclose an area with their squares, the inside will fill up with their color, but unlike in Pogo-a-Gogo, they must land on a purple ! crate to turn squares into points. 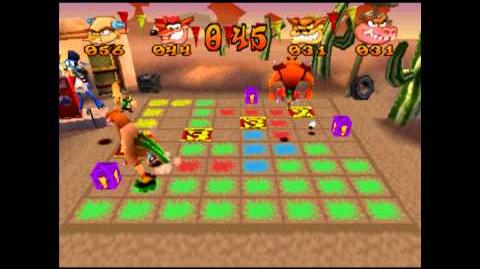 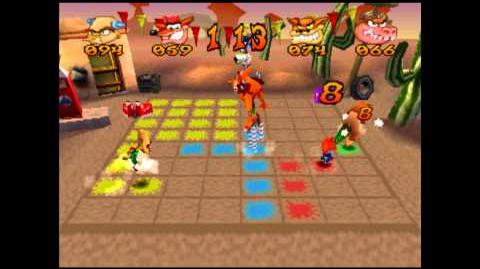 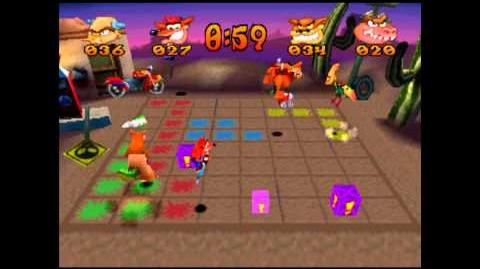