Eggipus Rex is the thirtieth level from Crash Bandicoot: Warped (unnumbered in Crash Bandicoot N. Sane Trilogy). It is one of two secret levels in Warped, along with Hot Coco.

In this level, the player can ride Baby T (which is also seen in Dino Might!) through the whole level, which is set in the cave walls of a prehistoric swamp. However, if Crash hits an obstacle while riding Baby T, such as a pterodactyl, then he will have to continue the level alone, until reaching the next egg nest where Baby T can be mounted once again.

It can be accessed from the yellow gem path in Dino Might!, the eleventh level. The yellow gem is obtained via the alternate entrance to Hang'em High in the secret warp room, unlockable after collecting 10 relics.

During the triceratops chase in the yellow gem path, let the second pterodactyl carry the player away. The screen will fade and the player will be in Eggipus Rex.

In the original version, Crash needs to have no Aku Aku masks or else the hit will kill the pterodactyl. 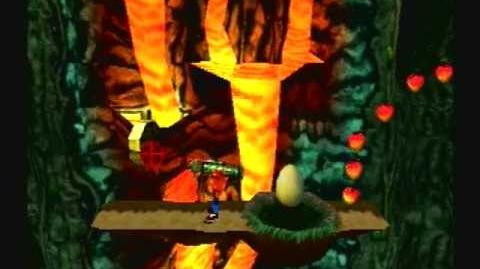 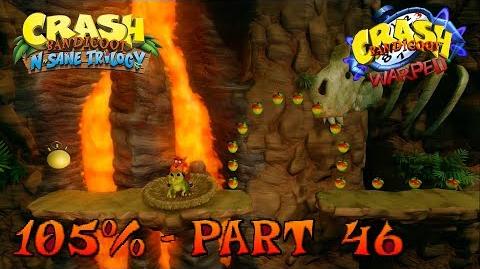 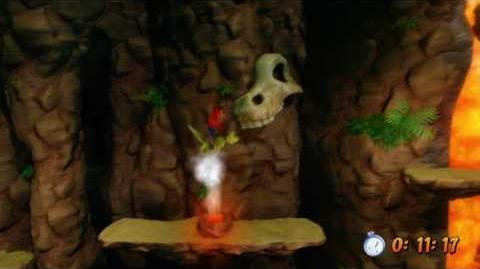