Dragon Drop is the twenty-fourth level in Crash Bash, the second stage in the fifth warp room, and the second Medieval Mayhem arena. It can be unlocked by obtaining 19 crystals. The minigame is based on the medieval-themed levels from Crash Bandicoot: Warped.

In this minigame, players ride on dragons. The player must touch a jewel that is on the ground, pick it up, and shoot it at a rolling target, with the points scored determined by the area the character shoots from. The game starts with a pink jewel and a green jewel in play, and when 45 seconds have passed, a blue jewel appears. The game ends 45 seconds after this. 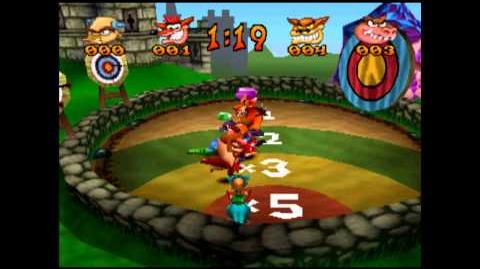 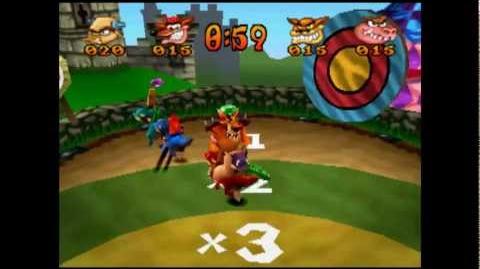 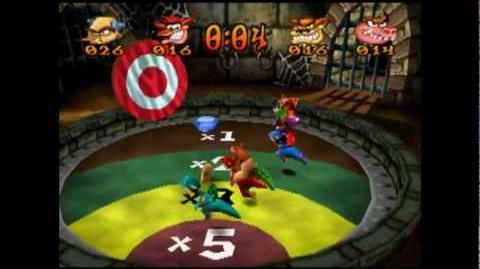