Bandipedia
Register
Don't have an account?
Sign In
Advertisement
in: Crash Bandicoot: The Huge Adventure, Levels, Jungle Levels,
and 3 more

Down the Hole is the fourteenth stage and is the fourth level in the third warp room in Crash Bandicoot: The Huge Adventure. It is also the final jungle level of the game. Blowgun lab assistants appear here.

Here are some tips to help players perform their best on the time trial for this level. For this, it is assumed that the player has defeated Cortex and therefore has the Crash Dash super power. 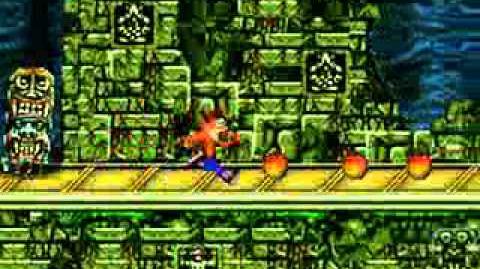