Dot Dash is the fifteenth level in Crash Bash, the sixth stage in the third warp room and the first Crash Dash arena. Each player has 10 laps to finish the course. The music here is a remix of Dingodile's theme from Crash Bandicoot: Warped. In the Japanese version of the game, the music of this level, Oxide Ride, and Splash Dash is changed to a remix of "The Infernal Galop" or the "Can-Can" from Jacques Offenbach's Orpheus in the Underworld. 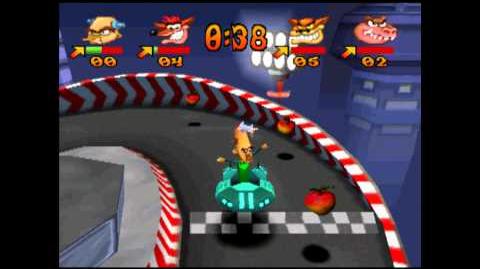 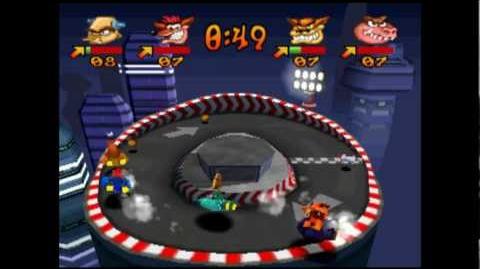 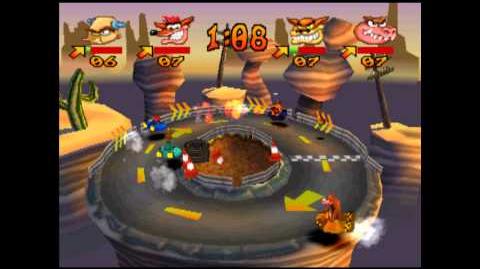