Unlock a new path by earning the yellow gem elsewhere.

Dino Might! is the eleventh level in the game and the first level of the third warp room of Crash Bandicoot: Warped and its remake in the N. Sane Trilogy.

The second prehistoric swamp level, this sees Crash once again on the run from an aggressive triceratops, like in Bone Yard. During the platform section at the beginning of the level, Crash can ride around on a baby tyrannosaurus rex. He will have to dismount the dinosaur when he reaches the volcanic crater area. In addition to the previously established enemies from Bone Yard, this level introduces a fish that appears to be a primitive ancestor of the bandicoot.

If Crash enters the level after collecting the yellow gem from Hang'em High, a path will be available shortly after the start of the level. The yellow gem route opens in an area surrounded by magma and concludes with a nitro crate-infested triceratops chase. The path contains a secret clear gem, several breakable crates, and the nitro switch crate. It also contains the entrance to the secret level Eggipus Rex. To access it, Crash must run into the second pterodactyl during the triceratops chase. 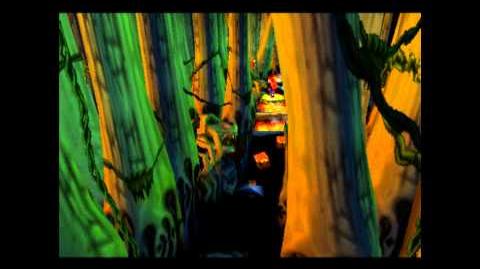 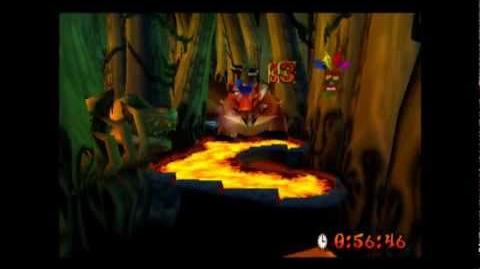 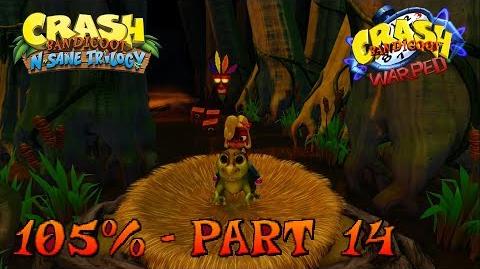 Crash On The Run - Yellow Challenge Gem - Dino Might! (Path) - Get To The End!