Burrowing avoids plants and bees. But not mallets.

Diggin' It is the seventeenth level and the second level in the fourth warp room in Crash Bandicoot 2: Cortex Strikes Back and the N. Sane Trilogy remake of the second game. Crash finds himself in a snowy environment similar to the boulder chase levels, but it's not boulders that are in the level - it's snow-dwelling bees. Bees will go down to a simple spin attack, so they're not a huge factor here. Crash should be far more careful of the unbeatable sentient statues. There are also mallet-wielding lumberjack lab assistants and red spitter plants, which spit grenade-like seeds and will only fall to a belly flop or a spin from underground.

Crash can dig into the patches of magenta soil throughout the latter half of the level. There's also a secret warp area here which transports Crash to the sixth warp room and reveals the alternative route in Road to Ruin, which is accessible by jumping on the platform that's in the middle of a pit. It is occupied by a spitter plant, shortly after the death route rejoins the regular route.

Crash can also access the second clear gem without completing the death route. This can be done by going down the left split path when the two rejoin, and jumping along the green grass to the left edge of the colossal pit. Crash can then backtrack to the gem, and leave via the exit platform, or backtrack the entire route and smash all the crates if necessary. 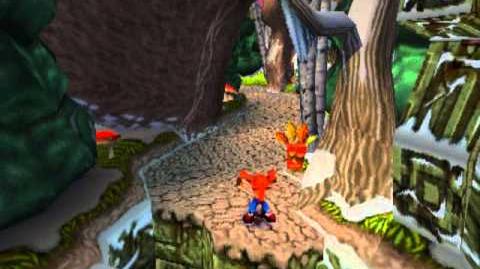 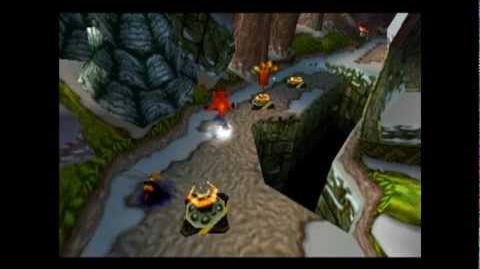 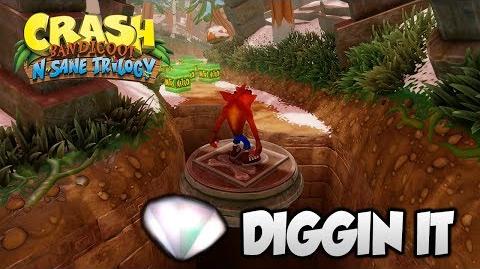 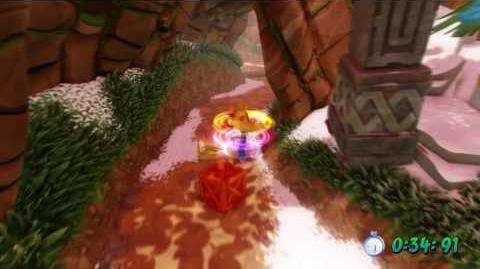