Desert Fox is the ninth level in Crash Bash, the fifth stage, in the second warp room, and the first Tank Wars arena. The objective is to destroy the opponent's tanks without being destroyed as well. Should the 90 second time limit expire and more than one player remains, then the one with the most health wins. There are four different types of tank, each with their own strengths.

Whenever a tank fires a shot, it cannot fire again until the shot either hits a target or expires after five seconds. The exception is that Rilla Roo and Dingodile can fire two shots at once.

The name of this level is a reference to the senior German Army officer Erwin Rommel, known as the Desert Fox in World War II. 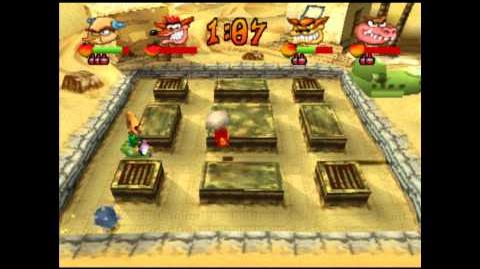 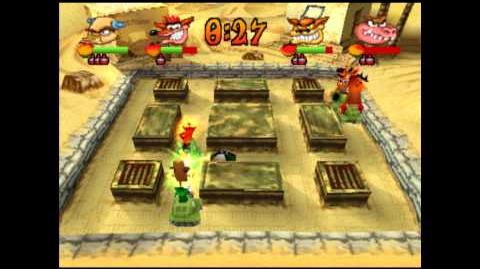 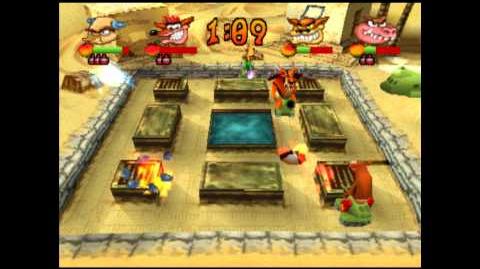