Death Routes (also known as Skull Routes) are special paths that appear in Crash Bandicoot 2: Cortex Strikes Back, Crash Bandicoot: Warped, Crash Bandicoot: The Wrath of Cortex and the N. Sane Trilogy remakes of the former two games. The death routes are alternate routes in certain levels that can only be accessed by a special lift that has a crossbones symbol on it. Crash/Coco will only be able to access the lift with the crossbones by making it through a certain portion of the level without losing a life. If they die along the way before reaching the lift, then only an outline will appear in its place.

Once Crash/Coco gains access to the lift, they will take an alternate route that is usually more difficult than the regular route. The death routes always contain a gem, and sometimes also crates that must be broken to receive the level's box gem. Some death routes contain iron checkpoint crates as the death route is not required for box completion. Death routes usually feature more dangers than found in a normal level. They often have more nitro crates and/or TNT crates, than normal routes. Gem paths are similar to death routes, except they require colored gems to enter, but still use the same music as a death route.

While the Death Routes themselves did not appear in Crash Bandicoot, the Gem criteria served a similar function in that the player had to not only break all the crates in the level, but also finish the level without dying.

In Crash Bandicoot 2: Cortex Strikes Back, all death routes contain a clear gem. Some also contain crates which are needed to be opened to obtain the level's box gem.  Of these, Piston It Away is the only one where Crash must finish the level on the death route, all others apart from Air Crash (which contains no regular crates) return him to further down the main path so some backtracking is required.  The exception to this is Cold Hard Crash, where Crash must backtrack down the death route in order to obtain the box gem and take the same platform to back to the main path.  To get the level's two clear gems in one run, Crash must death warp after collecting the death route gem as falling through the chamber it is positioned in will cause him to skip a huge chunk of the level with no other way of returning.

Taking the platform in Night Fight is not necessary as its death route rejoins the main path as normal and so can be accessed from there. 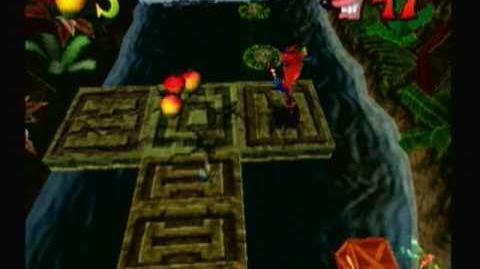 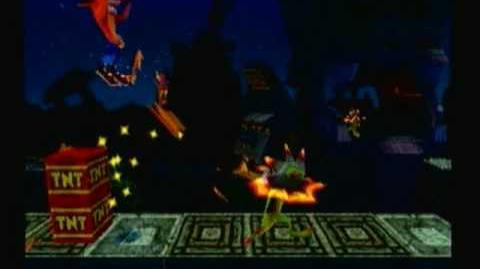 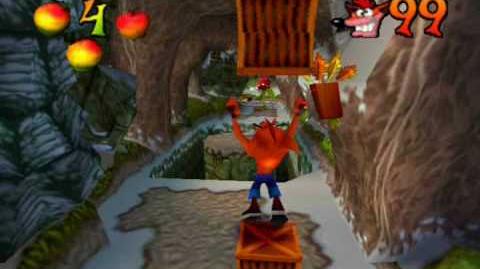 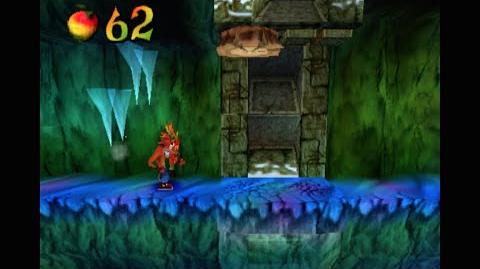 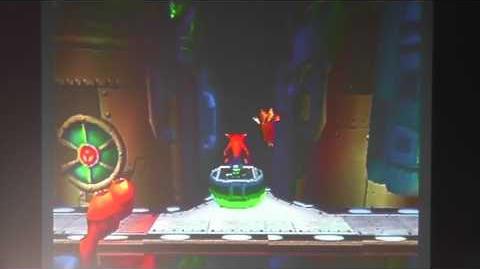 Crash Bandicoot 2 All Death Routes Walkthrough-Piston it Away 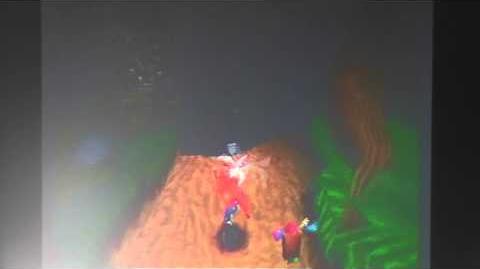 All death routes in Crash Bandicoot: Warped contain a colored gem, but not all Colored Gems are found on death routes (the Red Gem is down the alternate route in Deep Trouble and the Yellow Gem is obtained via the alternate entrance of Hang'em High) and no paths are required for the level's box gem (only Tomb Wader has breakable crates but they are all Nitros). Only the death route on Flaming Passion leads Crash back to the level's main path, although one crate is placed between the entry platform and where the exit platform returns, as well as a huge chasm with magic carpets floating around to help get across. 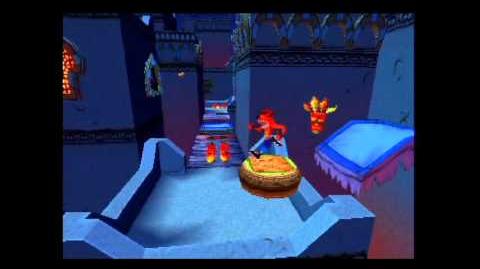 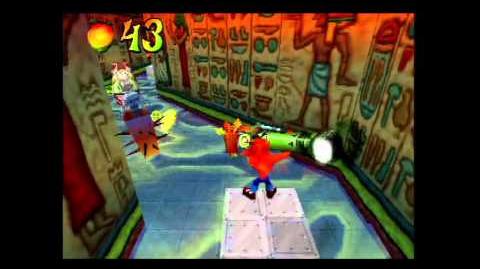 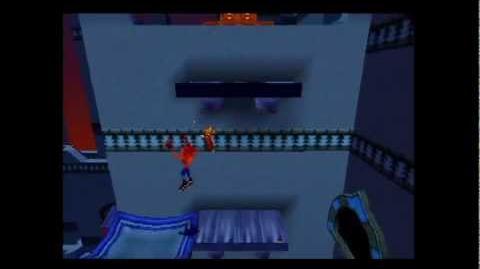 Only the death route in Arctic Antics contains regular crates, but they are within close proximity to Nitro Crates and so are opened upon the activation of the Nitro Switch Crate, meaning taking the route is not required for box completion. 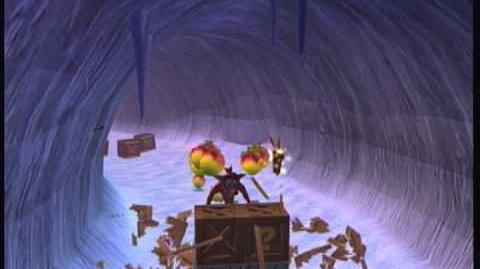 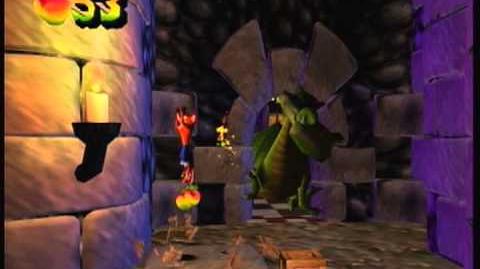 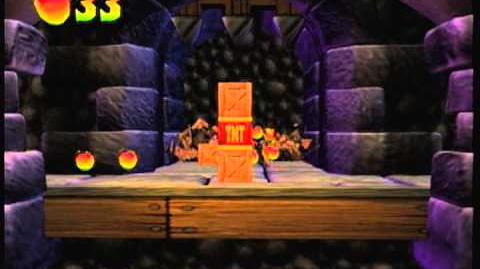 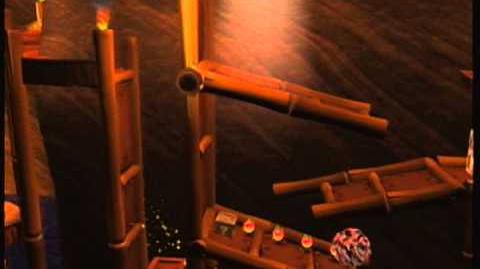 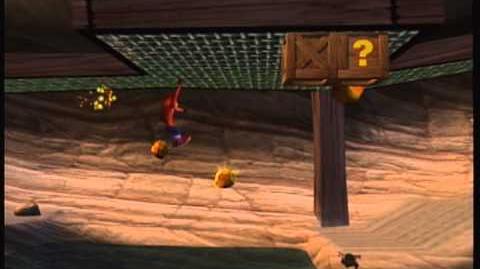 The Death Route reprises the role it had in the original second and third games. With regards to the first game, only the Colored Gems retained the "No Deaths" criteria shared by the Skull Platforms, with all Clear Gems requiring only that all the boxes be broken.

There is also a new DLC level for Warped, Future Tense, which includes a Death Route with a Clear Gem. Unlike the other Death Routes in the third game, this one does have boxes to break, and is the only death route to have a clear gem, mirroring Cortex Strikes Back. This route cannot be entered, let alone completed, without certain Super Powers. 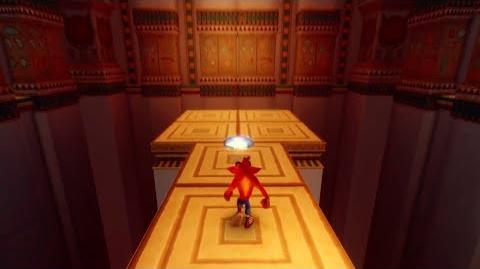 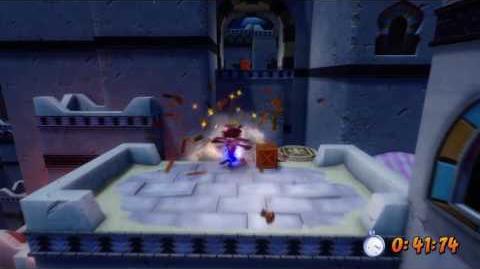 A Death Route Platform in Crash Bandicoot 2: Cortex Strikes Back

A Death Route Platform from Road To Ruin in Crash Bandicoot 2: Cortex Strikes Back

A Death Route Platform from Piston It Away in Crash Bandicoot 2: Cortex Strikes Back 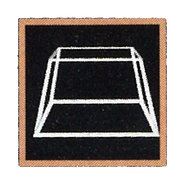 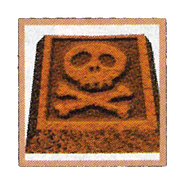 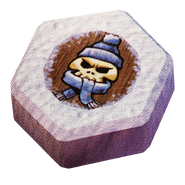 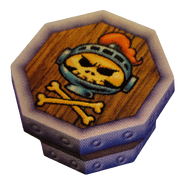 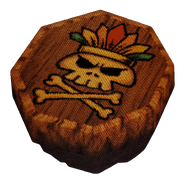 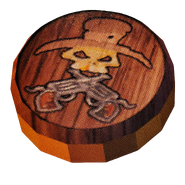