Crate Step (ボーナス：ハコふんじゃった lit. Bonus: Box Stepping in Japanese) is a bonus level in Crash Bandicoot Purple: Ripto's Rampage. It is similar to Crate Smash, except it's more difficult.

Crash has to ascend himself to the end without being blown up by any TNT or nitro crates. If he runs out of time, a clock will fall and crushes him, just like in Crate Smash. However, if he breaks all the crates, he is rewarded with a gem.

Crate Step in Fire Mountains.
Add a photo to this gallery 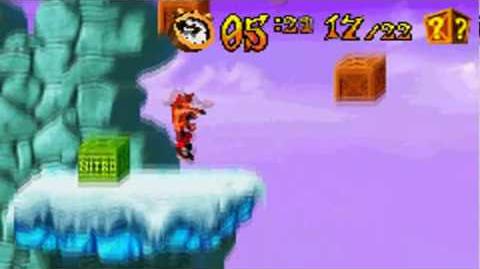 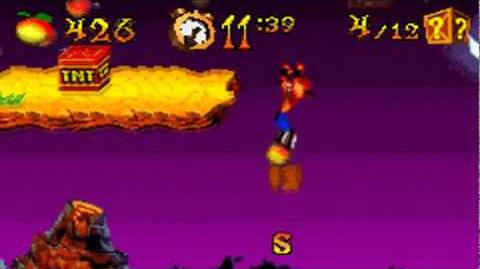