Crate Balls of Fire (ひのたま きゅうせっきん！ lit. Fireball Approaching Rapidly! in Japanese) is the penultimate twenty-fourth level and is the fourth level of the fifth warp room of Crash Bandicoot: The Wrath of Cortex. It takes place in space, probably on some space station. It looks similar to the level Droid Void and this level also contains a chase, where Crash is running from a massive fireball while wearing his mech suit. Enemies of this level are robots and exploding bombs. 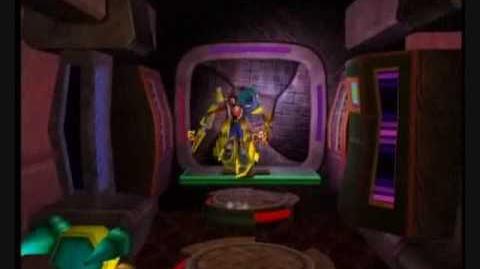 Crash Bandicoot The Wrath Of Cortex - 106% & All Platinums, Part 25 Crate Balls Of Fire
Add a photo to this gallery

Retrieved from "https://crashbandicoot.fandom.com/wiki/Crate_Balls_of_Fire?oldid=193687"
Community content is available under CC-BY-SA unless otherwise noted.