Crashball (タマたま バリヤー lit. Balls Barrier in Japanese) is the first Ballistix arena and the first level in Crash Bash. The objective is to shoot the balls into the opponents' goals. Each player starts with a score of 15 and each time a ball goes through a player's goal, their score will drop by one point. By pressing the square button, the player can use an "extra kick" to repel balls early. 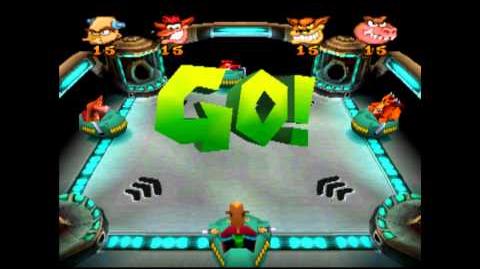 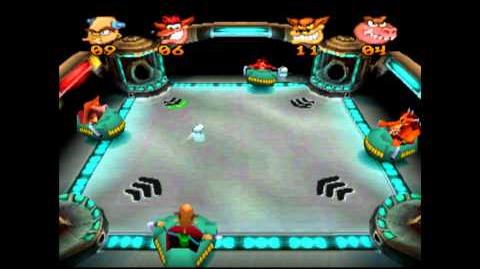 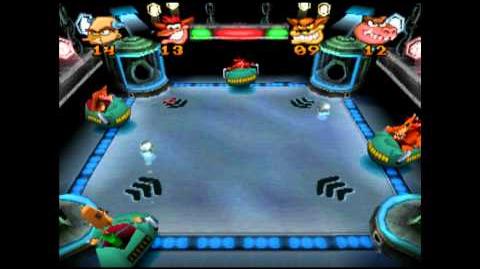 Crashball layout.
Add a photo to this gallery

Retrieved from "https://crashbandicoot.fandom.com/wiki/Crashball?oldid=167678"
Community content is available under CC-BY-SA unless otherwise noted.