Start a Wiki
For other uses, see Crash Dash.

Sliding can help you move faster.

Crash Dash (ゆきだま ゴロゴロ lit. Snowball Rattle-rattle in Japanese) is the fifth, and sequentially, final level in the first Warp Room, in the game Crash Bandicoot 2: Cortex Strikes Back and the N. Sane Trilogy remaster of the second game. It is a hazard escape type level, a level type often used in the Crash Bandicoot series, although primarily seen more often in the earlier games. The main goal of the level is to, of course, acquire the crystal, as well as to avoid electric land mines, which won't kill Crash, but will slow him down instead. Other hazards to avoid would be the electric fences, which will kill Crash, as well as snowy boulders. 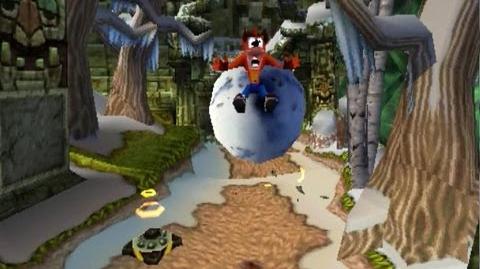 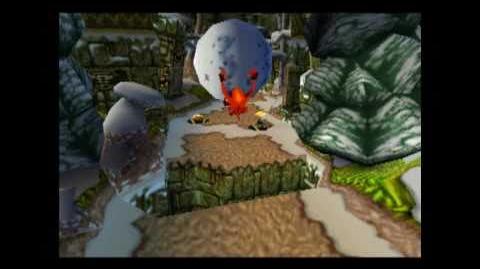 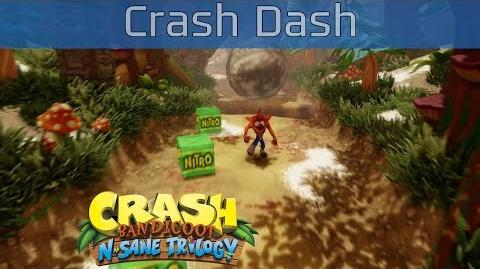 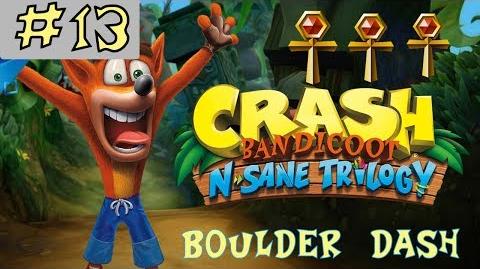 The level takes place on N. Sanity Island or Wumpa Island, possibly in a more northern area than the boulder levels in the first Crash Bandicoot game, Boulders and Boulder Dash, and probably in the mountains due to the many evergreens and snowy atmosphere. Much of the forest in this level is full of the ancient ruins that dot most of the Wumpa Islands throughout the game. The bonus round appears to take place in the highest trees of the forest surrounding the mountain, quite similar to the Tawna bonus rounds in the first Crash Bandicoot game.

Crash after colliding into the snowy boulder.

Retrieved from "https://crashbandicoot.fandom.com/wiki/Crash_Dash_(level)?oldid=168974"
Community content is available under CC-BY-SA unless otherwise noted.