Bandipedia
Register
Don't have an account?
Sign In
Advertisement
in: Crash Bandicoot: The Wrath of Cortex, Levels, Mechanical Levels,
and 3 more
English

Crunch Time
Cortex Vortex is the twenty-fifth level and the last level of the fifth warp room in Crash Bandicoot: The Wrath of Cortex. It takes place in Cortex's space station and it's full of Lab Assistants throwing beakers, firing laser guns, and trying to knock Crash off the platform with a barricade, nitro crates and electrical traps set to kill Crash. This is one of only two platforming levels in this game without a Bonus Round, the other being Knight Time. Near the end there is a stack of three Aku Aku crates before a section filled with Nitro crates and Lab Assistants - a direct parallel to Bug Lite from Crash Bandicoot: Warped where a similar scene happened, which coincidentally was also the last main level of that game. 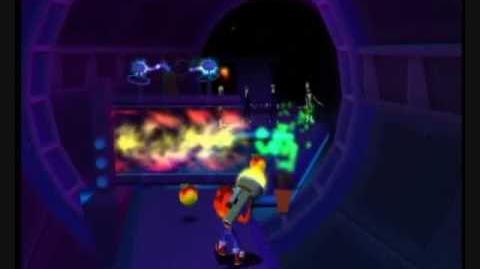