Coral Canyon (しんかいの なぞ lit. Deep Sea Mystery in Japanese) is the nineteenth level and is the fourth level of the fourth warp room of Crash Bandicoot: The Wrath of Cortex. It is also the last underwater-themed level in the game. Like the other such levels in the game, there are a lot of sea creatures that are in Crash's way. He swims around and can also use the submarine during this level. 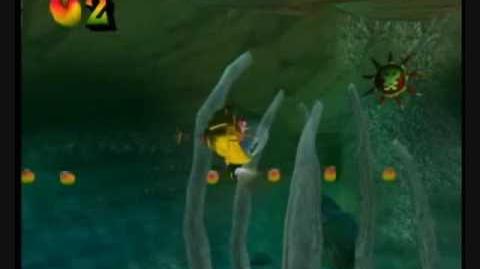 Crash Bandicoot The Wrath Of Cortex - 106% & All Platinums, Part 18 Coral Canyon
Add a photo to this gallery

Retrieved from "https://crashbandicoot.fandom.com/wiki/Coral_Canyon?oldid=193682"
Community content is available under CC-BY-SA unless otherwise noted.