A perfect run up to a death platform makes it appear.

Cold Hard Crash is the eighteenth level and is the third level of the fourth warp room in Crash Bandicoot 2: Cortex Strikes Back and the Crash Bandicoot N. Sane Trilogy remake of the second game. It is the final Arctic themed level in this game. This level features the highest crate count in the game, the highest in the original Naughty Dog trilogy, and one of the highest in the series, at 155. This level also features a death route where Crash can collect an additional gem.

Cold Hard Crash is split into three different parts: two outdoor and one indoor part. The first part of the level begins outdoor and features various enemies like penguins and seals. In addition, there is also icy terrain that Crash will skate across, making it harder for him to maneuver. Eventually, he will take a lift that will lead him into the interior portion of the level.

The final portion of the level is similar to the first portion of it where Crash is in an outdoor environment. This time around though, Crash must avoid rollers as he jumps across gaps. At the end of the level, Crash will reach the portal to return to the Warp Room. 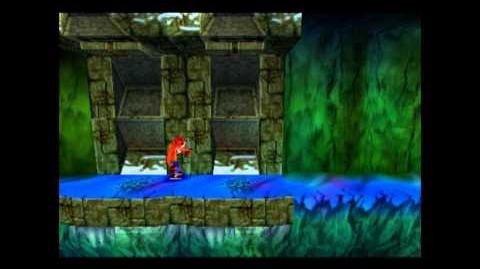 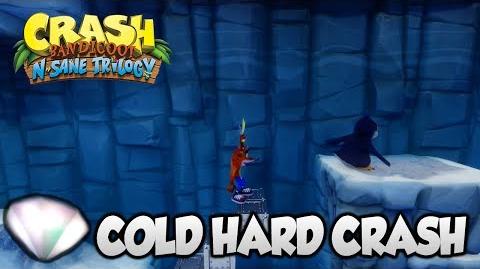 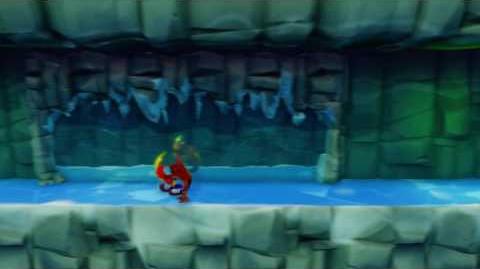 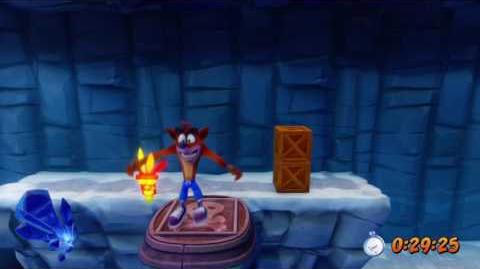 In the bonus stage.

Fake Crash's location in the level. (Notice the reflection.)