Coco Bandicoot is fought as a boss in Crash Bandicoot 2: N-Tranced and Crash: Mind Over Mutant. In both cases, she is brainwashed.

Run from the Sun

Coco is the second boss and has three hit points, the fight takes place inside a volcano where Coco operates an unidentified purple vehicle while Crash operates a copter pack. Coco will start shooting missiles down at Crash that he must dodge, then Coco fires a purple laser that Crash must avoid, then her force field will go out and she is left vulnerable. Repeat this two more times to win the fight. 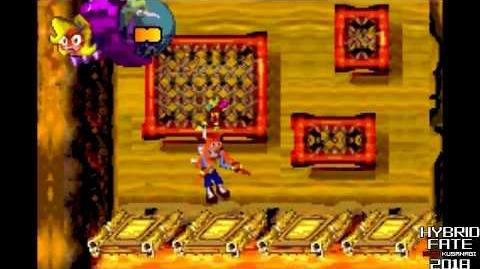 Coco is the first boss and has four hit points, she will be under the control of the NV and she will be piloting a machine shooting flaming basketballs. Crash must use the Ratcicle in this boss fight. Coco will fire normal basketballs at Crash which using Ratcicle Crash must hit back. This will make her launch flaming basketballs which Crash should again hit back. Coco will then jump into a pool of water. The player must use Ratcicle's freeze sneeze on the water to freeze Coco. Once frozen she can be attacked to deplete her health bar. The player must repeat this until Coco is defeated. 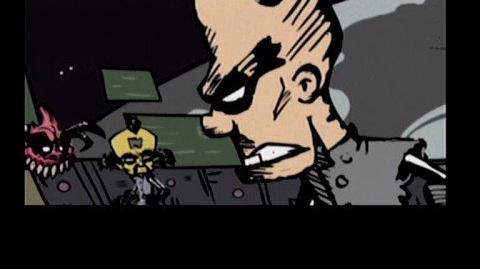