The Chimera is a large titan that serves as the final boss of the Nintendo DS version of Crash: Mind Over Mutant. It is a combination of the elite Spike, Ee-Lectric, Anubis-Vicious, Psycho-Mandrake, and RhinoRoller.

In terms of general appearance, the Chimera shows body parts of the five mutants it was created from and its head. It consists of elite Spike's right arm, elite Anubis-Vicious' left arm, elite RhinoRoller's legs, elite Ee-Lectric's tail and elite Psycho-Mandrake's petals on the back. Its head is shown as a lion with buffalo horns, and its torso is a kind of machine with the "N" sign on the chest, and in the center has a core that changes color according to the chosen attack. 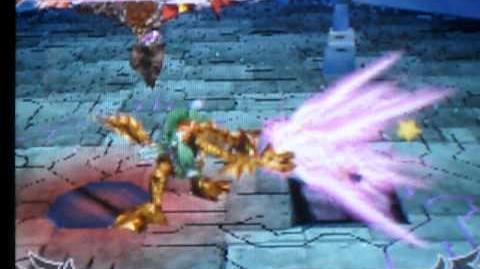 Chimera has the ability to use cosmic skills and use the special attacks of other titans, corresponding to the color of the orb that is set within the center of its torso: