Castle Machinery is the twenty-seventh level (including boss fights) and is the tenth level of the third island in Crash Bandicoot and the N. Sane Trilogy remake of the first game. It is right before the boss fight against Doctor Nitrus Brio. If the player has obtained the green gem, a secret platform appears right next to where the level begins, taking Crash up to a secret area that has many extra lives (27 in the original game and 29 in the N. Sane Trilogy), preparing him for the forthcoming challenges. There is then another platform there that takes Crash to the end of the level. Oddly, this is the only level in the game with a secret gem route with crates only in the main route. In fact, taking the full gem route will cause the player to miss all the crates in this level. It is the last factory type of level in the game. The Tawna bonus round in the previous level, Jaws of Darkness, saves at this level. 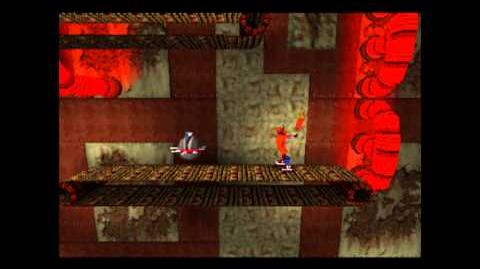 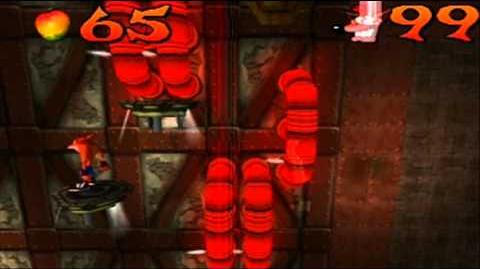 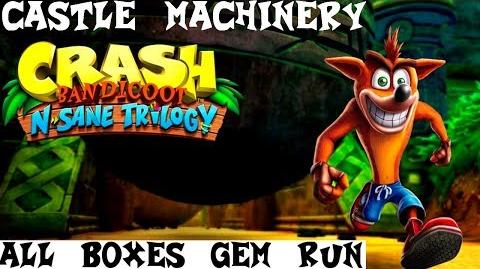 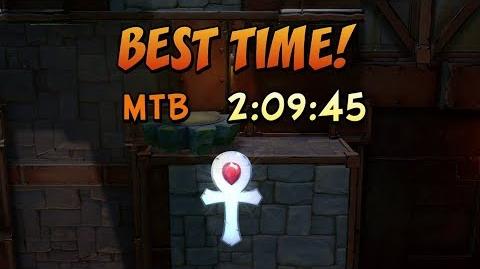 Crash at the start at the level

The green gem path, which houses 27 lives (only 17 of which are visible here)