Invert your vehicle controls in the options menu.

Bye Bye Blimps is the seventeenth level and is the second level of the fourth warp room in Crash Bandicoot: Warped and its remake in the N. Sane Trilogy.

Set in World War I, this level finds Coco having to shoot down seven of Cortex's blimps in her biplane, the Flying Queen. It's the first level in the Crash series to use the biplane. Shooting crates gives Wumpa Fruit or lives, depending on the crate shot. After the crate is shot, the balloon floats away. The gem is automatically awarded, provided Coco destroys all crates.

If players shoot a balloon, the crate will quickly fall from the sky. White balloons with a red cross restore health. Additionally, the stopwatch used to begin the Time Trial is attached to a red balloon.

In a later update applied to the N. Sane Trilogy, this level is no longer exclusive to Coco. Crash can also participate in this level using his biplane instead. 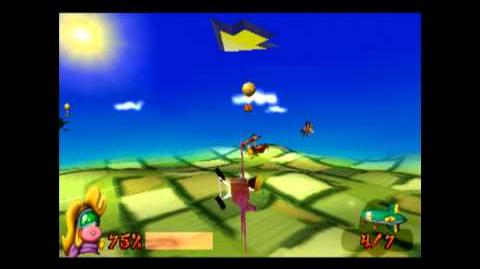 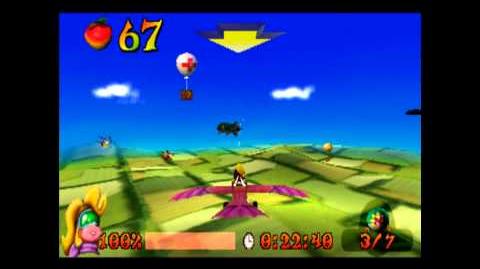 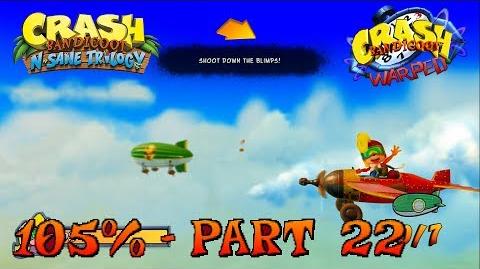 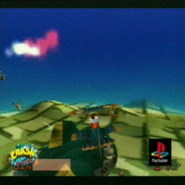 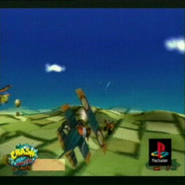